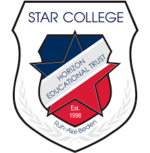 Horizon Educational trust (No I TRUST 11837/98), founded in 1998, has played a significant and extensive role in fostering a good relationship between South Africa and Turkey in the educational, cultural and social fields. HET’s 1st project was Star International School in Cape Town and the 2nd was Horizon High School in Johannesburg.

In Januray 2013, HET’s board of Trustees passed a resolution to change Horizon High School ’s name as STAR COLLEGE JOHANNESBURG.

STAR COLLEGE JOHANNESBURG (PREVIOUSLY KNOWN HORIZON INTERNATIONAL HIGH SCHOOL) was established in 2000 by HORIZON EDUCATIONAL TRUST in Johannesburg. The first principal of the institution was Mr. S. KUCUK who was also the chairman of HET in South Africa. It was his dedication and diligence that guided Star College Johannesburg through the difficulties of its fledgling year.

In its first year it had only one class of 20 grade 8 learners and one more grade was added every year until 2003.

The school, which accepted 3 grades for grade 8 from 2004, emphasizes Science, Mathematics and Technology education.

In its brief history, STAR COLLEGE JOHANNESBURG (Horizon High School) has proved that by achieving some significant successes it has what it takes to be one of the best schools in Johannesburg and South Africa.

Learners from STAR COLLEGE JOHANNESBURG participate in national and international olympiads, projects and local competitions, and since 2000 they have been awarded with many medals.

Star College Johannesburg is committed to empowering learners to achieve their goals and realize their potential through HOLISTIC APPROACH, UNIVERSAL VALUES and QUALITY EDUCATION.
ORDINARY SCHOOL